Mexican media company El Sol de México was able to obtain photographs and information on the services offered by El Rancho Buenavista. The site was shut down after images of hunters showing off dead animals as hunting trophies went viral.

As we previously published in Mexico Daily Post, the first specimens of bison in one century were released in Coahuila, and just a couple of days later, photographs started to come up on social networks featuring “hunters” posing with dead bison.

On January 6, the National Commission of Protected Natural Areas of the Government of Mexico (CONANP) boasted in its social networks a small herd of American bison and the actions for this species to recover its habitat in Coahuila.

The goodwill of CONANP lasted only a few days, as of January 11, photographs showing hunters posing with bison corpses as hunting trophies started popping up on social networks. And apparently, the photos were taken at a ranch that is dedicated to the illegal hunting of wild animals, including bison.

The images that caused controversy were taken from the social networks of Rancho Buenavista, located 241 kilometers southwest of Eagle Pass, Texas, which, according to its services, could be entered by land or air.

After an avalanche of criticism, the site and any trace on social networks of this company were taken down. Due to these facts, the Ministry of the Environment and Natural Resources (Semarnat) indicated that it has not authorized the ranch permits for hunting (legal hunting) of the bison.

El Sol de México was able to thoroughly investigate the page and the photographs of the services they offered. The images are stark: dead bison with their nostrils full of blood after being shot down with high-powered rifles and crossbows, men and women appear in all the scenes with a proud smile, as if killing a defenseless animal was a great thing. 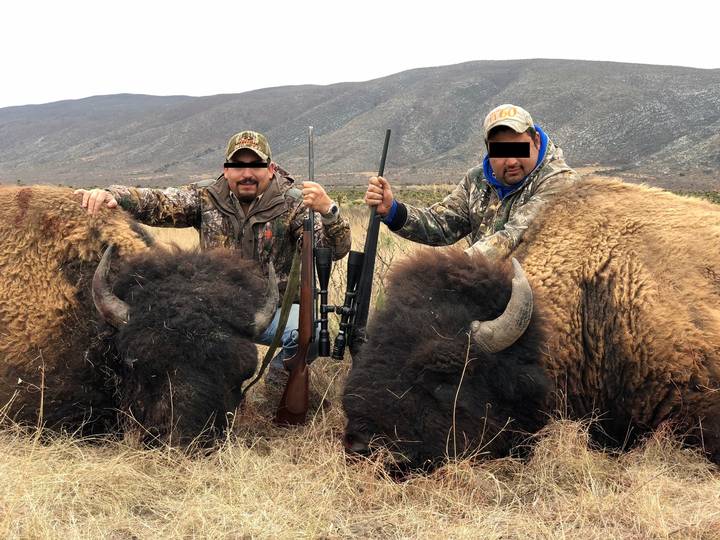 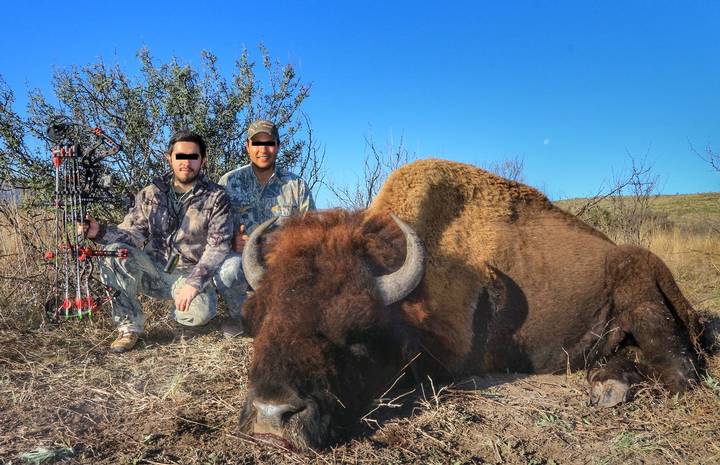 “Rancho Buenavista offers one to two outdoor bison hunts per year. The hunt is carried out in the low parts of the valley, where old bulls are usually found grazing in the pastures ”, this is how the site justified the hunt.

The site explained that guides detect mature bulls before hunting for a higher success rate. “Mature bulls are usually solitary, which means that the old bulls are not herding or breeding. Breeding bulls with herds of 10-25 cows cannot be hunted ”. 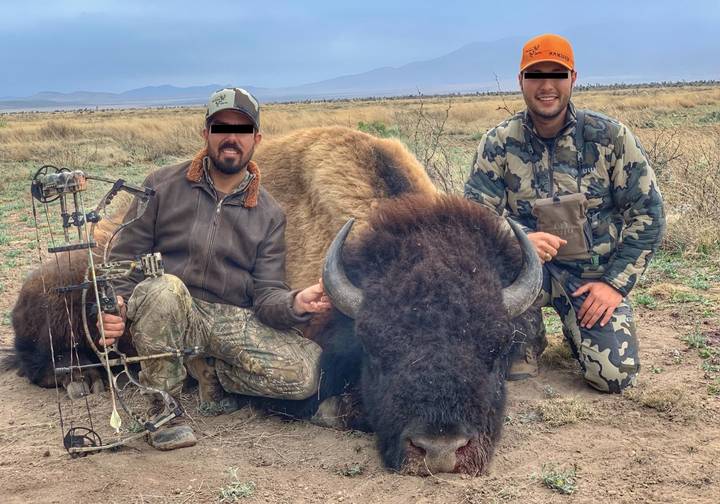 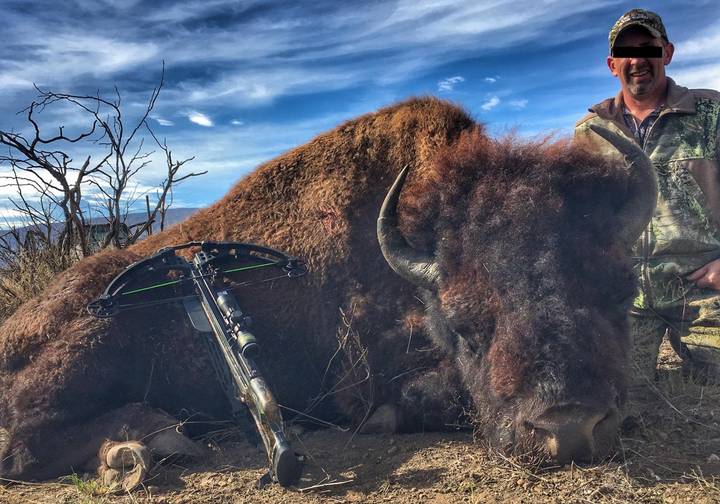 “The breeding season is from August to September similar to the moose’s breeding season. However, it is better to hunt them in winter (December to February) ”, ends the description of the service.

The metadata for the photos shows dates that coincide with the hunting season. It was until February 2020 when the last captures were taken. 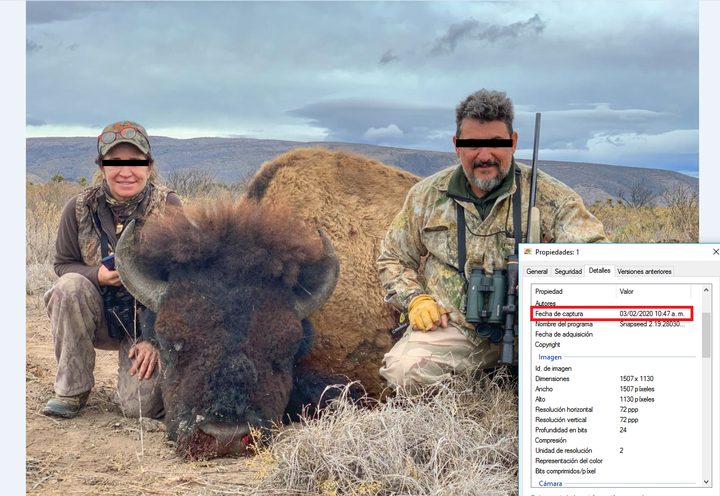 “We are an authentic Mexican ranch, family owned and operated for more than 4 generations. The ranch covers more than 100,000 acres of hunting property. You can choose to hunt with a rifle or bow, and we’ll provide your own guide. We offer many all-inclusive hunting packages that will give you the experience of a lifetime . ” This was the description of the place that until a few days ago could be accessed without problem. His audience was of American origin since the information was in English

Their services included three meals a day, snacks, and drinks for the hunting trip. “After hunting day, you will return to the lodge where you can sit by a warm fireplace and share your hunting stories with your family, friends, or your new friends at the ranch .” 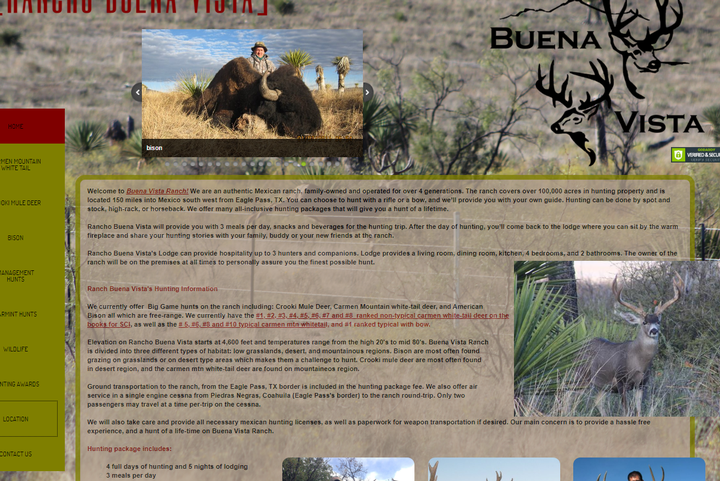 The page stated that the ranch was managed by a Texas A&M University fish and wildlife biologist, who works full time on the ranch. “ He’s in charge of predator control, habitat restoration, water management, wildlife management, and he’s also in charge of the hunting business”; the name of the person responsible was not released.

The only contact name offered by the page was Carlos Mondragón with an address at Vista Hermosa number 1065 Eagle Pass, Texas, zip code 78852.

The price for a bison’s head

The packages are divided into two: big game hunting and predator hunting. In the first they include deer of different species, in the second you can kill wild boars, pumas, wild cats and coyotes.

The hunting of the bison was the big prize and maximum attraction of the place. For executing one, 7 thousand dollars were charged, which at the current exchange rate would be around 138 thousand pesos. The life of a puma was quoted at 4,500 dollars, the cheapest were wild boars and wild cats, the price of these was around 700 USD. Coyotes you can shoot for free. 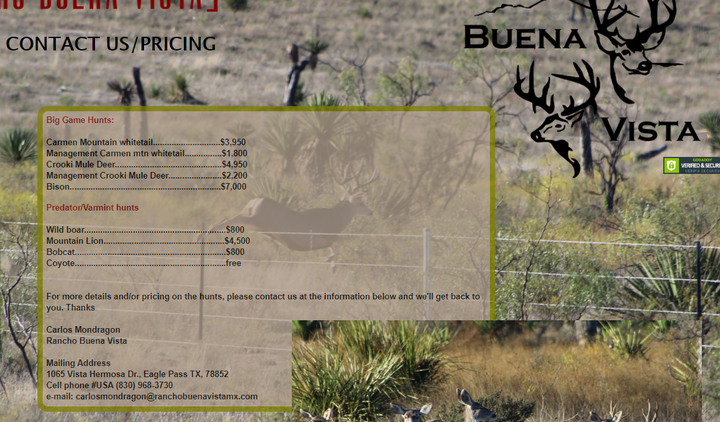 After the scandal on social networks, Semarnat announced that it is already working in coordination with the Federal Attorney for Environmental Protection (Profepa) and the State Government of Coahuila “to clarify the facts and, if it is found that there was illegal exploitation of the species, punish those responsible “.

The Coahuila Ministry of the Environment disallowed any permit since legal hunting authorizations are granted by the federation, they only limited themselves to noting that “the origin of the photo is being investigated.”

Get away! Magical Towns that you can visit on Day of the Dead