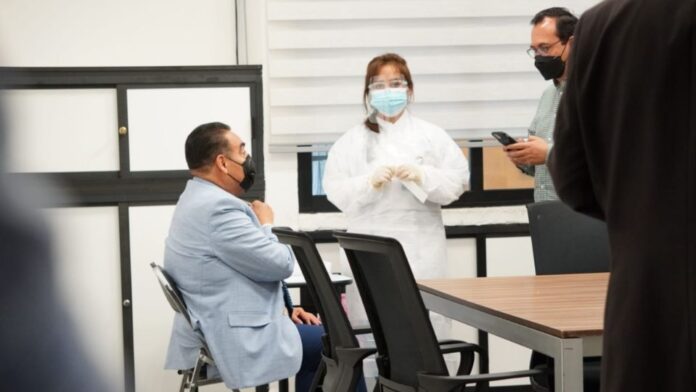 Members of the LXIV Legislature and workers of the Congress of the state of Tlaxcala were alerted about a possible outbreak of Covid-19 after the representative Laura Alejandra Ramírez Ortiz tested positive for Sars-Cov2.

On Tuesday afternoon, both local legislators and workers of that power were summoned to carry out a Covid-19 test to rule out that the legal representative of the State Congress could spread among the staff.

Local legislators instructed their staff to carry out a test immediately, in order to take the corresponding measures in the event of a possible outbreak that could have been generated within the State Congress.

The concern that exists inside the Legislative Palace is such that the members of congress requested the immediate collaboration of the Ministry of Health to carry out, starting Tuesday, 26th, in the white room of the State Congress, PCR tests to all personnel.

Despite this indication and the fact that the workers were already willing to carry out the Covid-19 detection tests, the tests were insufficient and they were only carried out on popular representatives.

The risk of contagion from more deputies and workers increases because the president of the Board of Directors has actively participated in different public events where her colleagues in the legislature have been present, and she is also part of the Coordination Board and Political Concertation (JCCP), and has been attending public sessions

Even the multi-member Deputy for the Citizen Alliance Party participated this day at the Xicoténcatl Theater as a special guest at the State Speech Contest, held by the College of High School Students of the State of Tlaxcala (COBAT).