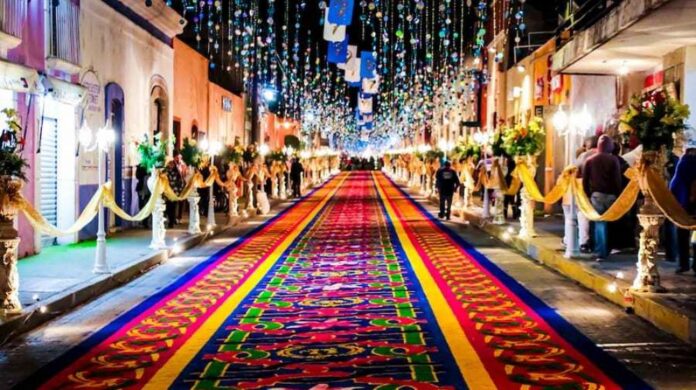 Largely overlooked by both foreign and domestic visitors, Tlaxcala offers insights into Mexico’s complex history that you won’t find anywhere else. Located in the country’s central plateau, or Altiplano, it’s still mostly associated with one turbulent chapter: about 500 years ago, it was a highly organized city-state that allied with the Spanish in their attack on Tenochtitlán, center of the Aztec empire and the site of modern-day Mexico City.

Today, Tlaxcala’s fertile valleys are studded with pre-Hispanic ruins, Baroque churches, rural communities that continue to use ancient agricultural techniques, and haciendas once dedicated to the production of pulque, the fermented agave drink.

This past September, I spent four days driving through most of the state, but any stretch of the trip can be isolated into a weekend break from Mexico City, which is about two hours away by car. You can also use any of the hotels as a base from which to make day trips to the other destinations.

Pick up a car in Mexico City and drive out over the foothills of Popocatépetl—one of the two great volcanoes in the capital’s southeastern corner. Head toward Tlaxcala City, stopping en route to see the spectacular murals at Cacaxtla, an archaeological site with 1,000-year-old ruins.

Before delving into Tlaxcala’s historic center, dotted with buildings from the 16th to 19th centuries, stop for breakfast at the Modernist Mercado Emilio Sánchez Piedras (entrance on Avda. Alonso Escalona). Taste quesadillas sold from baskets in the second-to-last aisle and homemade moles and adobos scooped from big, enameled pots a few paces away.

Once refreshed, walk over to the unesco-listed Catedral de Nuestra Señora de la Asunción (entrance via Plaza Xochitencatl) to see its majestic Baroque altarpieces and carved wooden ceiling in the Spanish Mudejar style, which combines elements of Gothic and Islamic architectures. Farther uphill, the Basilica of Ocotlán (Privada del Norte), begun in 1670, is a high point of the Tlaxcalteca Baroque style.