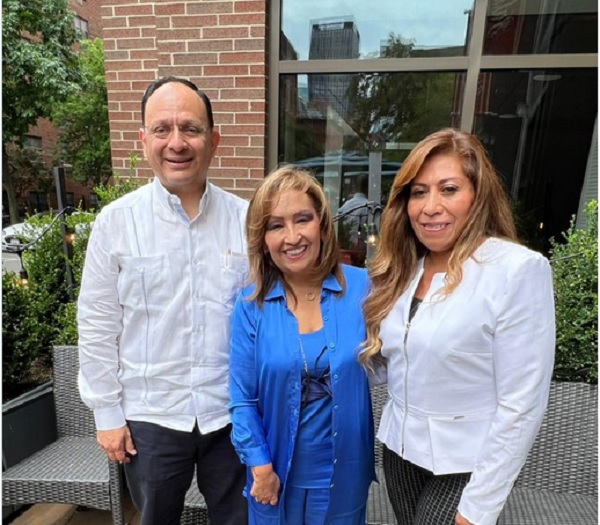 In order to establish coordinated actions in the areas of health, employment, culture and documentation that benefit the Tlaxcalan population living in New York and New Jersey, Lorena Cuéllar Cisneros, Governor of the State of Tlaxcala, met with Jorge Islas López , consul general of Mexico in the American state of New York.

During the meeting held in Manhattan, United States, the head of the Tlaxcalan Executive thanked the Tlaxcalan migrants for the trust placed in her government, to whom she assured them that she will continue working to bring them essential services for their well-being.

“Thanks to Jorge we are here in New York, at Casa Tlaxcala, to serve you and attend to all kinds of documentation that you require, so that you will soon have medical service,” said Cuéllar Cisneros.

Lorena Cuellar Cisneros pointed out that this meeting is the basis for establishing links of trust, which allow the development of actions on the subject of culture, since it is important that they do not forget their roots, “we are very happy making these agreements and very grateful for all their support.”

For his part, Jorge Islas reported that as a result of the productive approach with the governor, it was agreed to jointly carry out different activities for the benefit of the entire Tlaxcalan community that lives in New York and northern New Jersey.