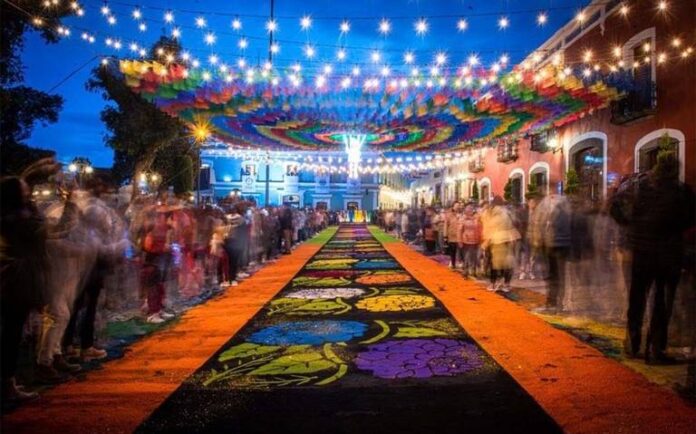 The municipality of Huamantla, Tlaxcala, broke the Guinness record for the longest sawdust rug in the world, putting the name of Tlaxcala on the map.

With the making of a carpet of three thousand 932 continuous meters, the name of the Magical Town was registered in the Guinness World Records book, the result of a joint effort of 240 artisans, six linear kilometers were made.

During the award ceremony, Governor Lorena Cuéllar Cisneros stressed that with this Huamantleco Tlaxcala will be recognized nationally and internationally, by projecting ephemeral art.

He stressed that the recognition carpet was a sign of faith in the Virgen de la Caridad, and highlighted the work of 240 artisans who used 80 tons of multicolored sawdust to break the Guinness record with the largest carpet in the world, which also stood out for use flowers and sand in its design, with which a new history is written in Tlaxcala.

“I am very happy and very grateful to Tlaxcala, thank you for giving me the opportunity to be your governor and because we are going to continue working so that Tlaxcala is recognized in the world.”

On her occasion, Jesica Lugo Sandoval, representative of the Federal Tourism Secretariat, highlighted that the beauty of Tlaxcala raises the name of Mexico by receiving this denomination.

He stated that the magic reflected in the hands of the artisans embodied in the design of the carpet, each heart put into a night of work, was what led to the ephemeral art of the Huamantlecos win this recognition. 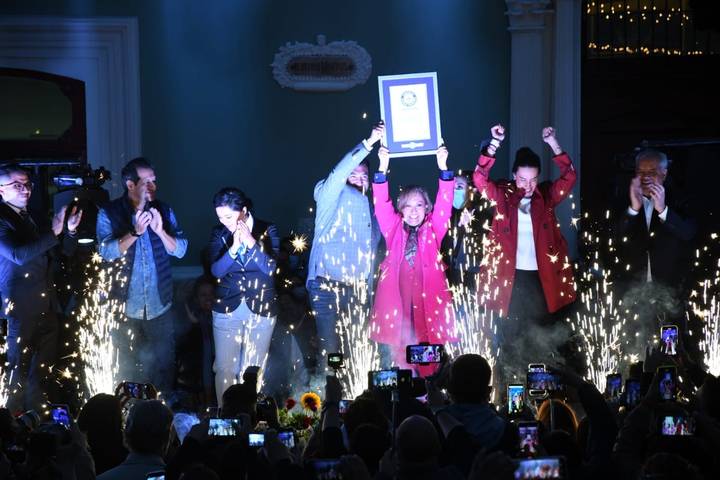 The celebration of the new record. Photo: Cesar Rodriguez | The Sun of Tlaxcala

The judges of the Guinness records detailed that they verified that there were no interruptions in the mat, that the width was a minimum of one meter, the design was pre-approved by the Guinness World Record design and must be distinguished with recognized images and that it will exceed the previous mark of two thousand 319 meters that corresponded to the city of Antigua, Guatemala.

The faith, passion, and devotion shown by the people Despite the Night that Nobody Sleeps being suspended, a faithful visit to the Virgin of La Caridad allowed the leading company in world brands to decide for the first time to consider an achievement in community, detailed the secretary of State Tourism, Josefina Rodríguez Zamora

After a four-month administration, on the night of this August 14, Huamantla, Tlaxcala was crowned with the record for the largest sawdust mat in the world.