The sanctuary and basilica of Ocotlán is a building located in the town of the same name in the state of Tlaxcala, very close to Mexico City.

According to the National Institute of Anthropology and History (INAH), this is one of the most beautiful churches in the Americas.

The small chapel of the Virgin was made by the indigenous artist Francisco Miguel between 1718 and 1720.

He dedicated himself to the work in gratitude to the deity, since it had saved him from an accident. 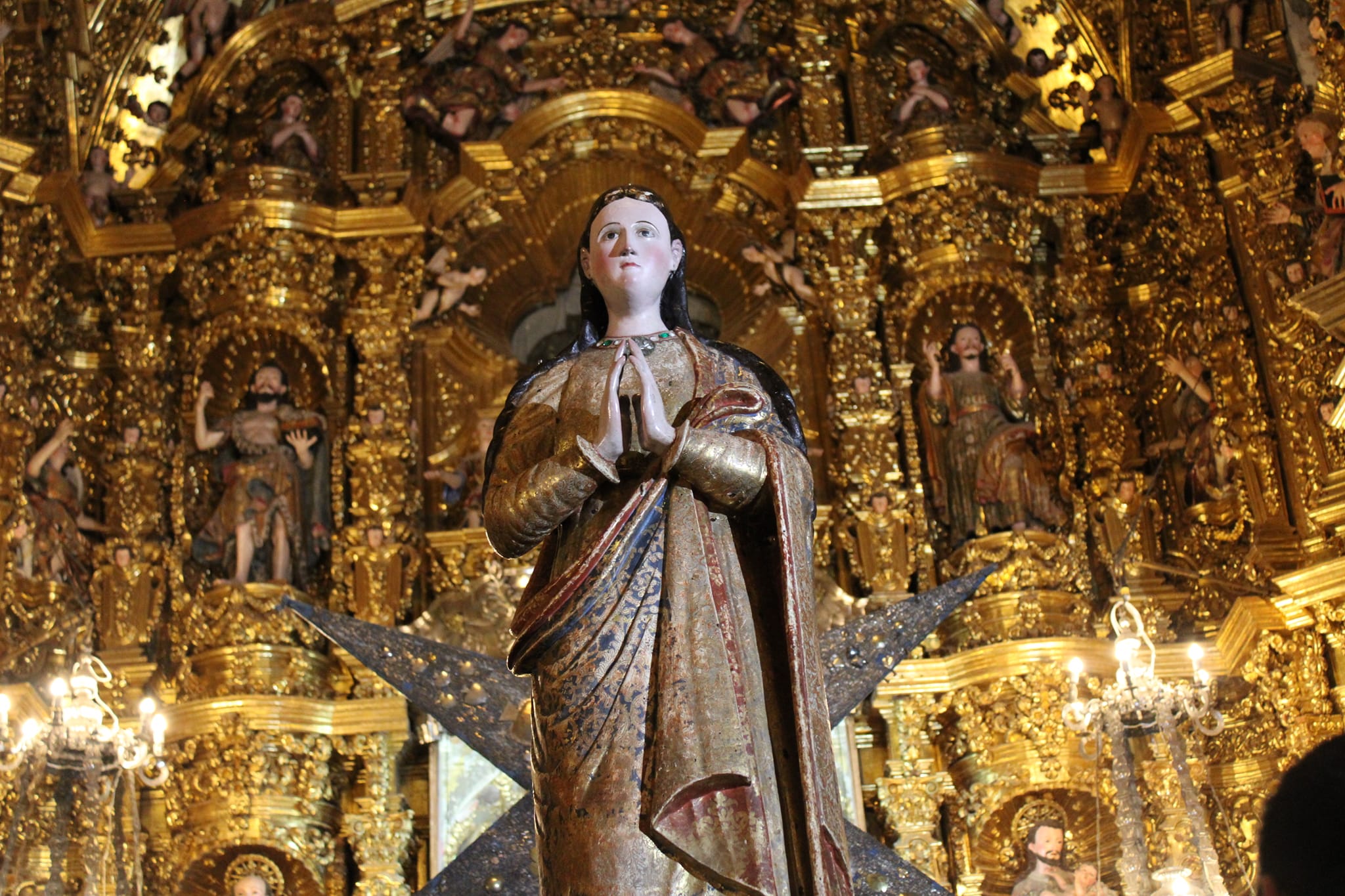 The baroque art altarpieces of the Sanctuary and Basilica of Ocotlán in Tlaxcala (Photo: Facebook/Basilica of Our Lady of Ocotlán, Tlaxcala)

The origin of the cult of the Virgin of Ocotlán dates back to 1541 when the deity supposedly appeared to the Indian Juan Diego Bernardino.

Legend says that the virgin made a spring of healing waters sprout that eliminated the plague, a dangerous disease of that time.

In addition, the Virgin told Juan Diego that he would find an image of her in an ocote and that she wanted this tree to be in a chapel that was on the hill.

After Juan Diego’s experience, this virgin was worshiped until 1670 when the temple was built, which still exists. 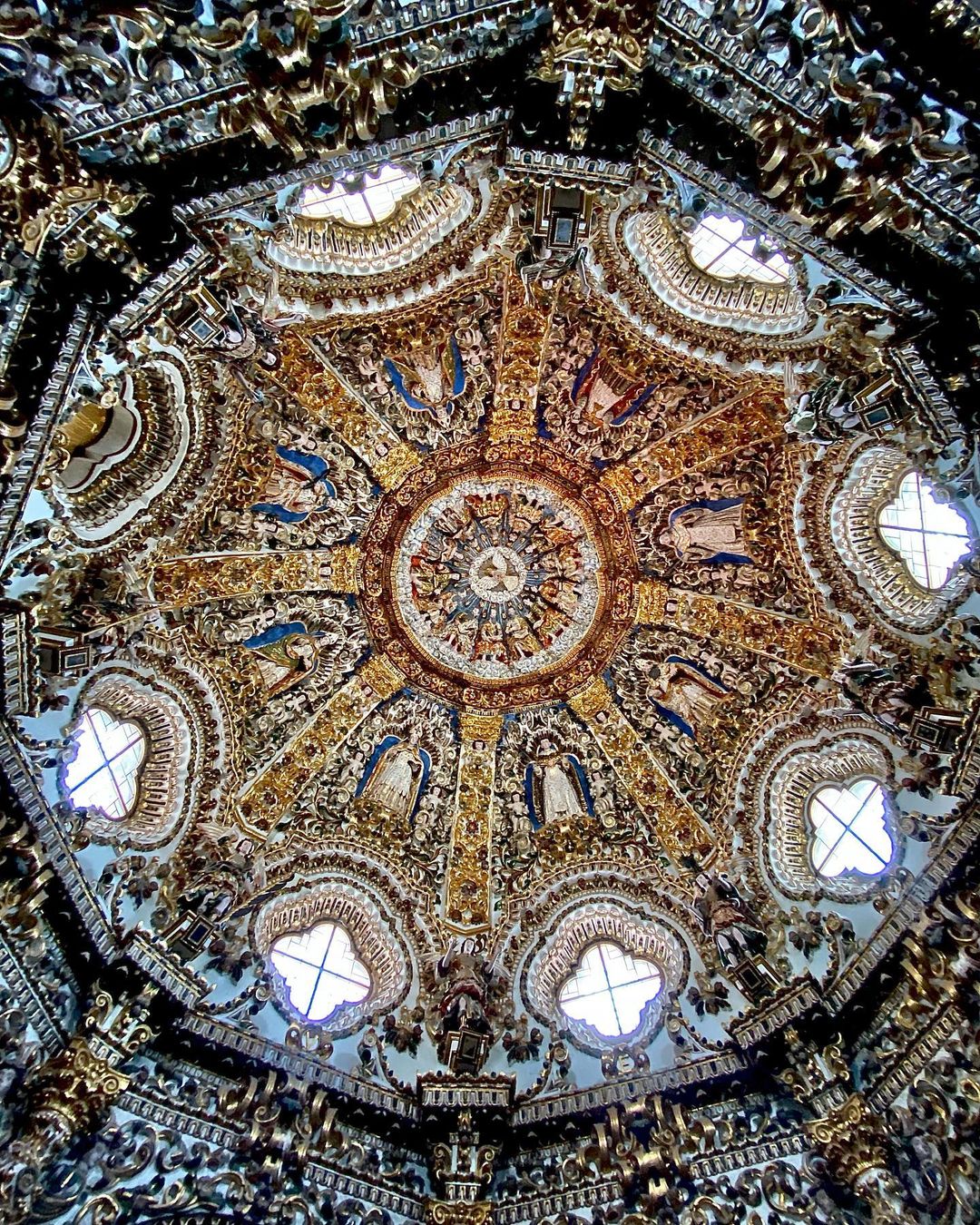 Dome of the Sanctuary and Basilica of Ocotlán in Tlaxcala (Photo: instagram/@inahmx)

In 1750, Manuel Loayzaga, who was a priest of the sanctuary, described the dome of the chapel as an “admirable machine” and a “Sky of flowers or Paradise of lights”.

“Globe (…) similar to the firmament; because all of it, due to its clarity and brightness, is a string of stars”, said the chaplain in 1750.

The dome of the dressing room is full of polychrome carvings, with the Pentecost scene finishing off the center of the vault and reliefs of Marian doctors and archangels on the cornices.

This large shell-shaped arch is supported by high towers, in which the “estípite pilaster” was used, that is, an inverted truncated pyramidal column.

The altarpieces have the Virgin of Guadalupe and the Virgin Mary in her image from Ocotlán come from the 1770s, due to the development they present, according to the historian Francisco de la Maza. 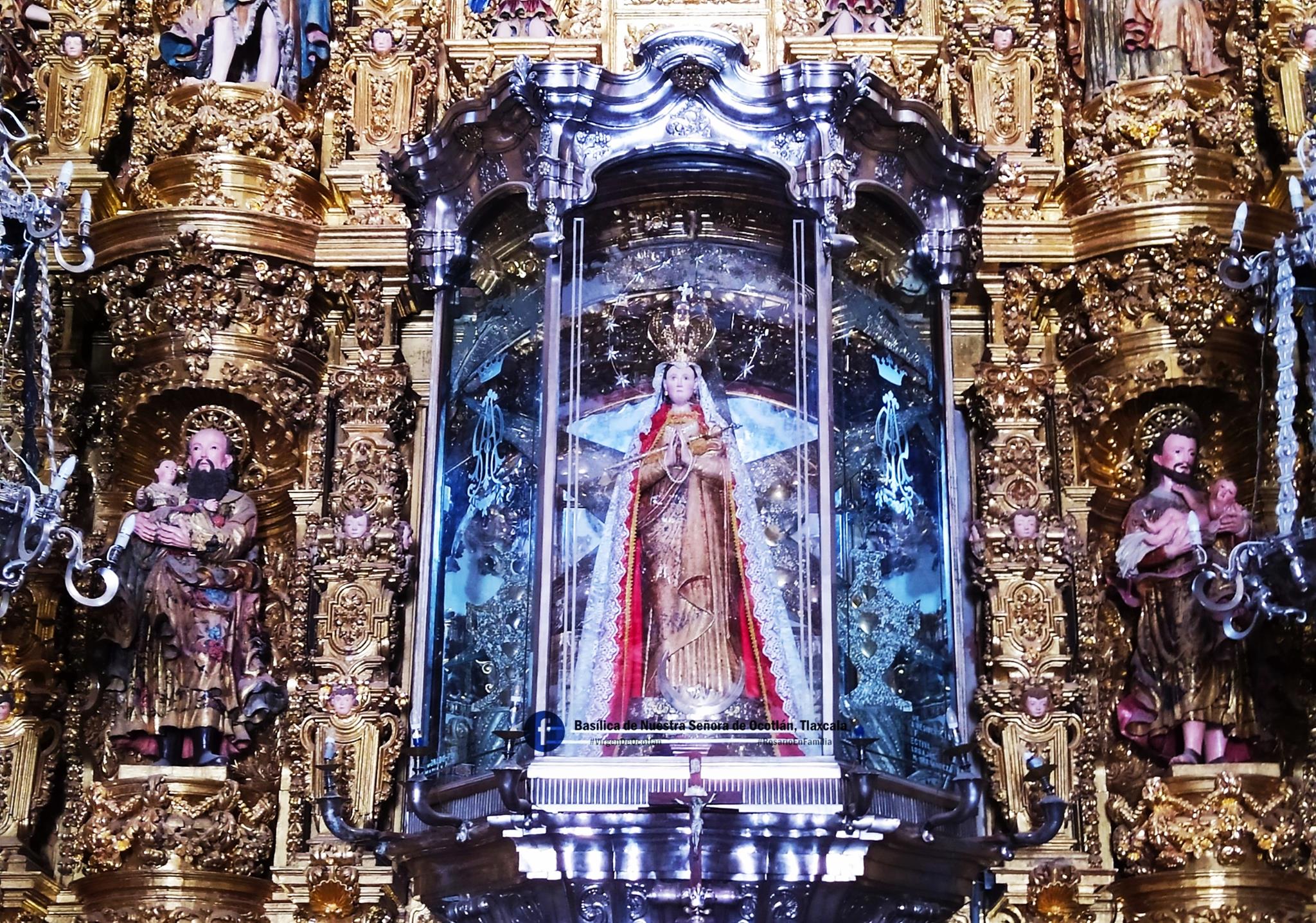 In addition, the altarpieces are full of exaggerated baroque-type decorations, with little angels, crowns, flowers, mirrors, and scrolls.

In his case, that of the Virgin of Guadalupe is framed by an arch with Latin writing Non-fecit talier omini nationi, which means “He did not do such a thing to any other nation.”

Likewise, the basilica stands out for its beautiful façade and is one of the most important Marian pilgrimage centers in Mexico.